Please Note:  NOT AN EXPERT.

I’m not an expert in childhood brain development, but I know enough to get that unmitigated access to video games overdevelops the amygdyla (“Reptile Brain”) and under-develops the pre-frontal cortex (responsible for executive function, decision making and self-regulation).

And today in class I learned there is a difference between natural childhood play with death and dying vs. digital virtual death and violence on a graphic screen.  Duh, right?

‘Cuz like, I mean, a persons BRAIN is still DEVELOPING into their early twenties, and a child’s brain is not equipped to make the same distinctions an adult brain can.

BTW:  I’m not talking -or even worried- about whether violent video games cause violence.  I don’t honestly think that because my innocent baby was virtually robbing a jewelry store last night that he is headed for a life of crime or has a morality problem.

I am talking about the impact of graphic -and yes violent- video games on BRAIN DEVELOPMENT.

So by coincidence -or not- at the same time as I find my boy committing virtual crimes, I also learn of his lack of fulfillment of some expectations in SCHOOL.

So one Mind Matters class, one brain development coach consultation, one teacher meeting, and one tete-a-tete with Daddy later, I find Boy at school lunch in the cafeteria.  I approach him cautiously so as to not embarrass him in front of friends and he throws his arms up and pulls my head in close for a vigorous hug.  (Phew.  Perhaps my last for a while though.)

I let him know there’s good news and bad news and ask if he wants it now or after school.  He says now, what’s the bad news?  I tell him they’re intertwined:  that I’ve spoken with his teacher and with Daddy and we’ve come up with a plan for him to work his way back to Roblox.

At first he takes the news well, but then says, “OK, here’s my counter argument.  At least 50% of these boys here all play World of Warcraft and Call of Duty, and those are totally violent and gory!”

And *I* said:  “Yes!  That is absolutely what is happening in our culture; I agree!  It’s not your fault!  What I want to know is how many of their parents are taking parenting CLASSES or are learning about HEALTHY BRAIN DEVELOPMENT?!”

I don’t mean to brag, but; shoot, score win.  In parenting as in life, it’s rare when one knows exactly what to say or can articulate a teflon argument.

I acknowledged that it must suck, to have the parents he has, but them’s the breaks!

My son’s beautiful open loving face turned to disappointment, sadness and despair.  He discarded the rest of his lunch and put his head down on the table, refusing to speak to me.  I retreated and watched from afar as he later walked right past me -twice- with a cold steely indifference refusing to acknowledge my continued existence.

And while I take no pleasure in his unhappiness, I do take comfort in its being a sure sign that I am doing something right.

Buckle up as we introduce more Mindfulness, clapping games and -horror!- board games. 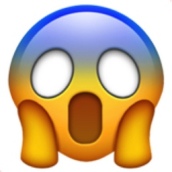