Alas the whole reason we went to Ohio in the first place.  Here,  to help me kids sort them all out and remember who’s who in the foreseeable interim, they are. 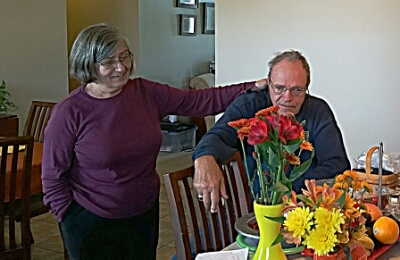 No photo could capture how big their hearts are.

To distinguish between the two Paul’s during this visit, Sure and I conspired to call Paul Sr. “Old Paul,” since my DH (who is the tallest) was always known in his family as “Little Paul.”  (“NOooo!” his children protested every time about this moniker for their dad, “He’s TALL Paul!”)

In any case,  here are my DH Paul’s sister, JANELLE & Co, who live next door: 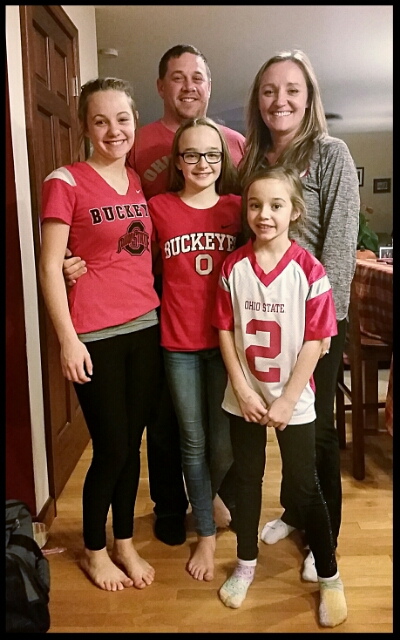 Paul’s brother PETE & Co., whose home is nearby (though the kids are all adulting now):

Next up, brother ROGER & his crew, who live not far, on the tree farm:

Here is Paul’s sister NANCY & all hers. I know from Facebook they are super good at lining up for a photo,  so I didn’t feel too bad asking, and it was great to see in person: 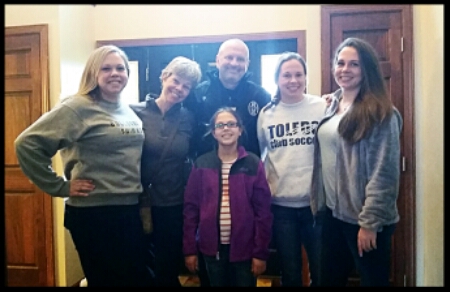 Not shown, the late SARAH‘s kids Megan (who’s getting married next summer). But here is  and Drew, who did grace us with his Braveheart impersonation during this visit: 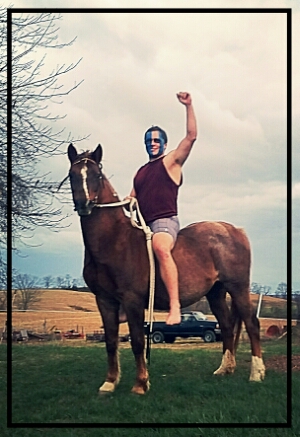 Also not present this time, BETH and her crew from Iowa (COWBOY TROY, Alison –who-married-Anthony-and-had-Cora- Clayton and Knute).

One other brother I’ve never met.

So, once upon a time,  Paul Senior and *Jane* had:
David,
Beth,
Peter,
Nancy,
Roger,
Sarah,
“Little” Paul (1971),
at which point unfortunately Jane died of cancer.
Later, amazingly, *Sue* found her way to this substantial family after which she and Paul had:
Janelle and
Amy.

There are some amazing stories in there.  I hope to relay some here.  In the meantime, here’s a whole mess of these characters under one roof.

Lastly here again is “Little” PAUL and his crew after driving home all night to Boston after visiting them all.