In Defense of 5th & 6th Graders 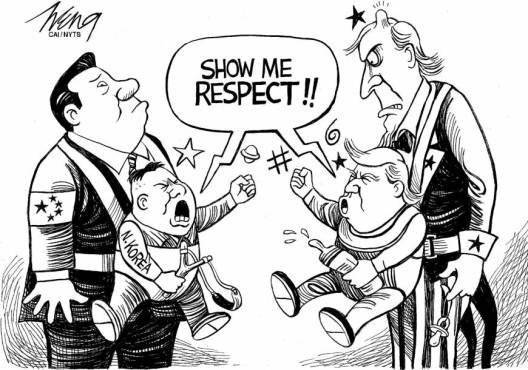 Amidst all the hubbub from Bob Woodward’s FEAR book detailing the Crazytown White House, it has been noted that our so-called president exhibits an understanding of National Security at about a 5th or 6th grade level.

Specifically, in trying to explain to him why we need to maintain military presence on the Korean Peninsula, in order to

…detect a North Korean missile launch in seven seconds vs. 15 minutes from Alaska, according to Woodward. Trump questioned why the government was spending resources in the region at all.

After Trump left the meeting, Woodward recounts, “Mattis was particularly exasperated and alarmed, telling close associates that the president acted like — and had the understanding of — ‘a fifth- or sixth-grader.’ ”

First of all, I’m quite sure my seven year old could understand this, as a 2nd grader.

But moreover, the fifth and sixth graders that I know are beautiful young humans that possess something our so-called president does not;

a willingness, interest and ability to LEARN.

They’ve also probably heard of empathy, but that is another topic.