One of the hazards of hospital clowning is crossing paths with therapy dogs.  I say ‘hazard’ because I love animals so much and when I ran into Cooper today I came unglued.  Look at that face!  I could gaze into his eyes all day.  We were about to enter a patient’s room but first I had to toot my kazoo and squeak and juggle and stuff for Cooper, whose soulful eyes were full of awe.  Be still my heart; he was my most enthusiastic audience yet this morning.

2)  The Greatest Show on Earth

I have never seen a child fall harder for one of my partners than little 3 y/o Simon did today for Doc Skeeter.  At first he wasn’t feeling too hot; just hanging out in his mama’s arms.  Before long he warmed up a little, then Doc offered up a dazzling array of silly noises and ridiculous dance moves.  I did not know Doc Skeeter’s face and bald head could double as a whole percussion section, but it does.  Little Simon got quite the workout first giggling in his mom’s arms, then following us down the hall as we played and danced for him walking for PT.  That smile alone must have given his face quite a workout.  One of those smiles that gives me the paradox feeling for having made OUR day at least as much as we made his.

Next we were asked to avoid a certain part of the hallway because a patient had just passed away and the family was grieving.  We had seen the note “EOL” by the patient’s name but hadn’t realized it means “End of Life.”  The kid was 11 years old and on his 3rd day in the hospital.  And while I’m getting used to being around children with all kinds of illness at work and then my own healthy ones at home… any child at EOL is not something I ever want to get used to, much less when they are close in age.

We dazzled a baby whose eyes were so wide in amazement and whose mind was totally blown that this could even be happening.  TWO giant silly colorful grownups singing, dancing and making silly noises; are you KIDDING ME?!?

ound a 13 year old reading a book and pretty bored.  In the past I would have been unsure of myself around such a wonderful creature but I was frankly just happy to meet him, and finally comfortable with NOT KNOWING and just BEING.  Ditto with another 18 year old kid and his mother.   I mean, we were plenty dumb and hopefully entertaining too, but I mainly just feel privileged just to connect with these young adults in the hospital for no other reason than they are a young humans in the hospital, and we are in the precise unique position to do so.   I doubt I can express exactly what I mean.  I can only say it is a profound privilege. 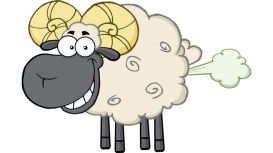 For some reason, all our humor seemed to swirl around the toilet for our last visit of the day, a 12 year old girl.  It was as if all the farts we held in that day came out for this poor girl, except that of course she loved it.  Sometimes farts are just what the clown doctor orders.  Her face and smile are fart-melted into my memory.

First with Keegan in a room and then with an Andrew outside the cafeteria today, I improvised a useful little ditty.   Hopefully it’s a keeper and here it goes:

And that’s all I have to say about that.