When the Mayor Asks You to Enter the Cannoli Eating Contest 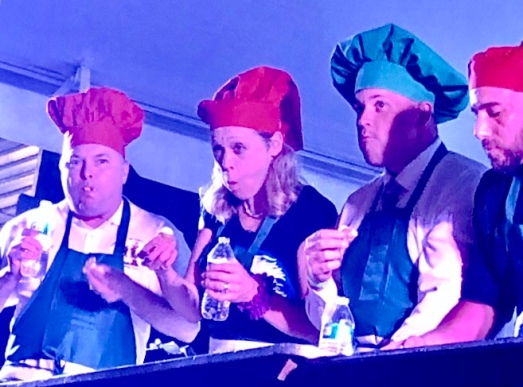 “Dining” with the Mayor

Well, what would you do?

But first let’s back up.

By the time we went to the Cosmas & Damian Italian Festival around the block from our home Sunday evening, my family had ALREADY attended a completely different FREE FESTIVAL at a local park sponsored by a controversial property underway in our city, called The Volpe Center.

They had done this in the time it took me to go deliver “fabulous unforgettable experiences for kids and people” that day.

Because of back-to-school bugs, my three have been a tad under the weather this weekend.  And because of our over-abundance of non-stop, high-octane, adrenaline fueled stimulation (like camping), Hubsand and I were reluctant to interrupt this preternatural moment of calm in our household:

The one in which even *mom* pulled up onto the couch with an actual *book.*

Boy: enjoying innocent things on his computer (in plain view as you can see, by design), Girl: multi-tasking in situ by reading, humming AND eating sunflower seeds all at once, Mom & Dad: in semi-astonishment, enjoying actual *tea* in the afternoon. (?!?)

It felt like a perfectly staged moment in a sit-com where “nothing” is happening and in walks a neighbor with a plot twist.  Ah, but that such “nothing” wasn’t such a rare accomplishment with such untold amounts work behind it!

Yet, loathe as we were to disrupt it, neither did we want to face the consequences should the kids find out we let them MISS the Italian Festival this year; so off we went, even if ambivalently.

FIRST thing I see, my colleague “Stephen Balloons,” working as THOR… “Princess Thor” to be exact, performing some of his amazing tricks on unicycle -with one leg even- while juggling the famous celestial Hammer. 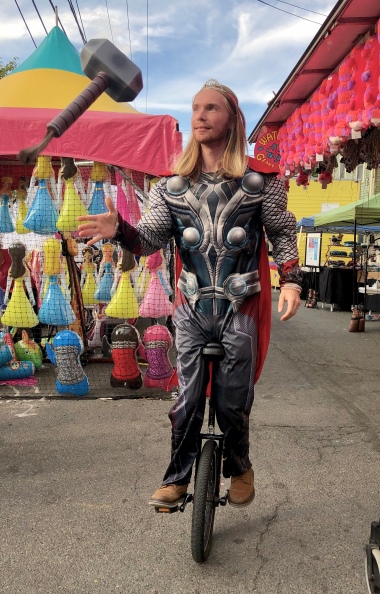 “Princess Thor” on a Unicycle

Next I hear a gravelly voice shout, “HEY I LOVE YOUR T-SHIRT HI-FIVE!”  I’m wearing a Bernie Sanders shirt and turn to see Mickey Mouse holding aloft his four costumed fingers.  I hi-five him and say, “I didn’t think Mickey had any political leanings!”  And he goes, “Of course he doesn’t!  Mickey works for an evil corporation!”  So I go, “I guess you’re not wearing licensed merchandise anyway so it’s okay then?”  And he rubs his fingers together and says, “Yeah I just need the money!”  OMG he keeps alternating between his authentic gravelly carney voice and his fake high-pitched Mickey voice.  I’m cracking up and need a photo STAT! 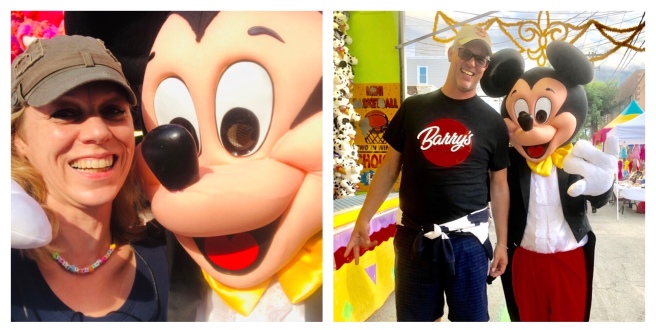 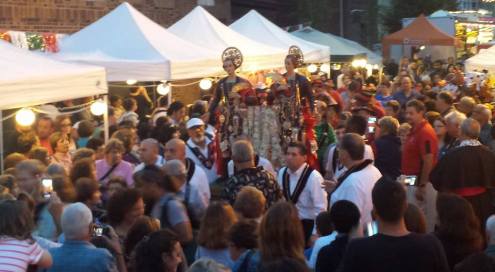 A flurry of stimuli assaulting the senses; street food (including fresh raw bar!)  carnival games, ticket booth negotiations ($30 for 40 tickets worth of of rides… however much  that is…), marching bands, Italian colored confetti, sudden urges to the port-o-potties, statues of the Saints adorned in dollar bills… and an infernal balloon release to which my son exclaims, “Look!  They’re all [shaped like] stars!  We can wish on every one of them to not go kill something!”  And my favorite, running into neighbors, including our downstairs neighbor, Herani, for whom it seems my fate to help assure she rides rides. (o: 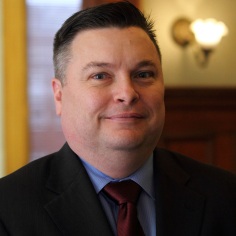 So we’re about done.  We’d even had the kids bathe and prepare for school earlier in the day so we could still make an early bedtime tonight.  I’m minding my own business waiting on my family when our lovely Cambridge City Mayor Marc McGovern is strolling by.  I say Hi and he smiles and says, “Hi Jenny!  Would you be willing to join me in a Cannoli Eating Contest?”   Astonished, I ask him realistically what kind of numbers are we talking here?  He says in the past he’s eaten about one and a half, so I’m like, OK, I can do this!

After some hasty registration, some disappointment for my son that the contest is for “18 Plus Only,” and some waiting around (I mean, the actual DRIFTERS from the actual 1960’s are about to take the stage), we are adorned with Italian themed aprons and hats, and ushered onto stage in front of trays of cannolis, napkins and -thank heavens- water.

We’ere all being introduced.  “MAYOR MARC MCGOVERN!” (Italian? Nope.)  “JENNIFER OBERHAUSER!”  (Foggetaboutit).  “MICHAEL MCLAUGHLIN!”  (Nope.)  “So-and-so SYLVIO!  YAY, Italian!”   “BOOKMAN.  Are you Italian?”  “No,” replies the contestant into the microphone, “I’m Jewish.”  “Oh a Jewish person!” says the emcee, “Wow we’re really diverse up here tonight!”  I start cracking up and conspire to the Mayor… “Oh my god one Jewish person and he thinks we’re diverse.  Not in this town!!”  We were in fact all the same color as the cannoli creme filling.

I’m positioned between our town’s Mayor and a City Councilor from nearby Everett… (who later tossed two of his uneaten cannolis into my tray as a joke).  Manmeat does a great job capturing the action, including when the emcee notices my “Political Revolution” t-shirt, inspiring me to go into overdrive:

CANNOLIS FOR BERNIE!!  WHATEVER IT TAKES!  VIVE LA REVOLUTION!!!

In the end I consume the equivalent of about two rather inelegant, full sized cannolis in four minutes, lol.  When asked how I did, I reply, “Never had more fun losing in my life!”

And then we goed home to bed.

Sometimes even I can’t believe my life.