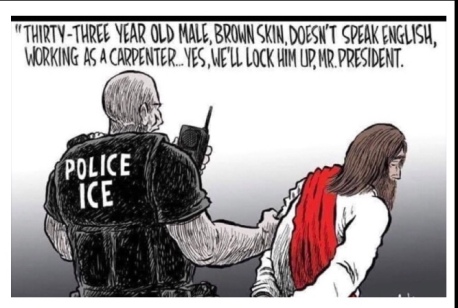 On this day –in which the regrettable White House Occupant tweets at American minority Congresswomen to “go back to where they came from” on his way to GOLF in Virginia,  ICE RAIDS are coming… to separate and deport brown targets around the country and terrorize their families. 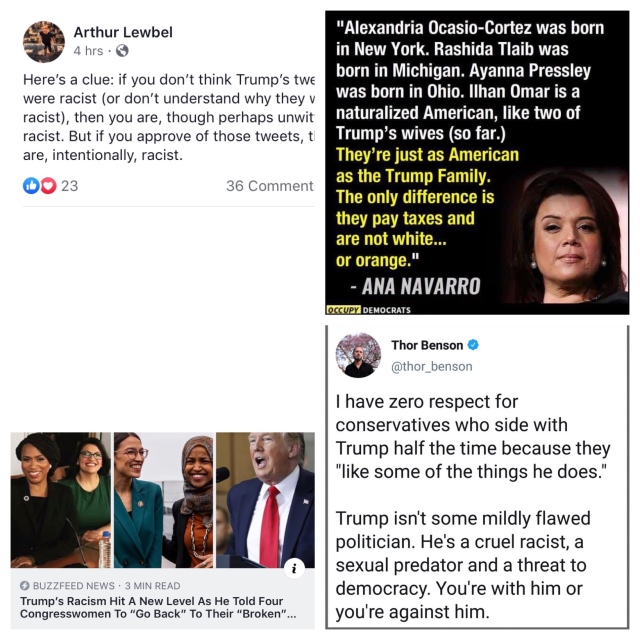 This on top of ACTUAL concentration camps (according to Holocaust scholars anyway) our government is operating at the border.

What I want to know is when will the so-called Christian members of our family stop pretending this swamp creature and his administration are “Christian?”

And BTW:  Saying racism and Gestapo and concentration camps  have “ever been thus” is just a bullshit copout to do NOTHING and go back to enjoying your privileged life.

Which will END soon enough so what kind of legacy are we going to leave here?? 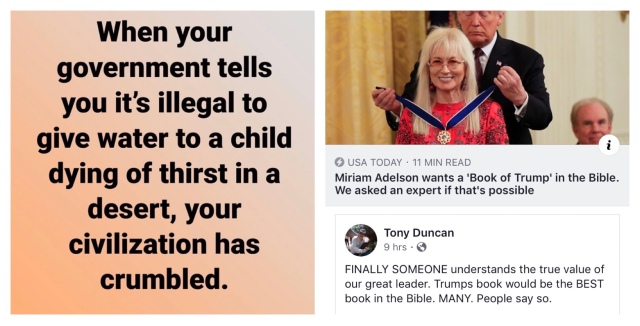 I hope they DO write him into the f*ing book.  I’m sure it would be “The Best.”