For April Fools this year we got ALL CLOWNS ON DECK.

Instead of the usual two clowns on rounds, we had twelve.

How many clowns does it take to make a phone call?

Or to ride an elevator?

Here we are after “helping” in the cafeteria during lunchtime:

Here are some shots from our Big Clown Comedy Show:

As for my part in the show, long story short we ended up producing a professional music video of a patient-friend performing the World Debut of her original song, City of the Unicorn.  I got to introduce it and share this example of how our spirits are lifted by those whose spirits it is supposed to be our job to lift.  To that point:

Joy and Jay also performed an expertly executed clown battle over a chair: 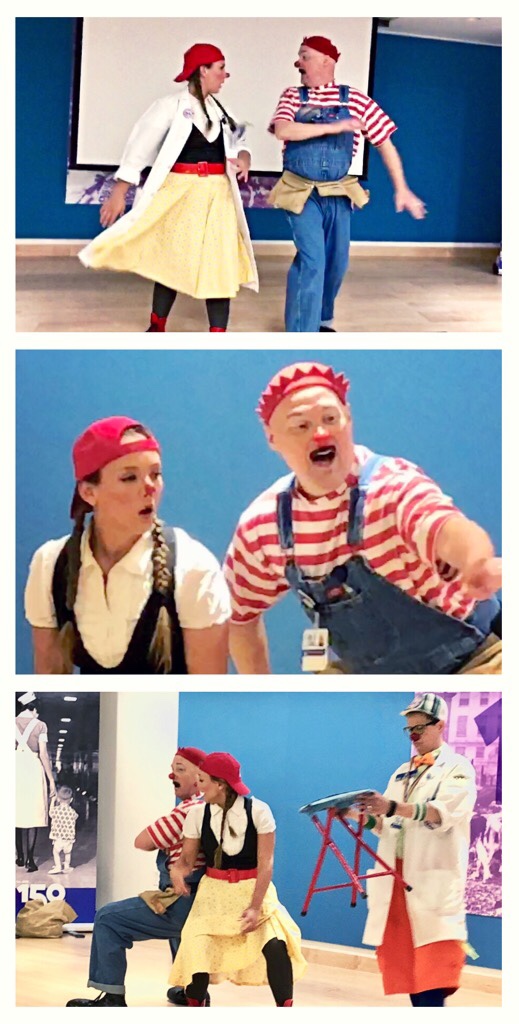 Which Dr. Mal Adjusted won in the end:

Such a privilege to share this wonderful time with our hospital family and superstar patients!