Sometimes parenting requires you to be a hard ass, such as when adjusting back to school, and especially when you have a child being a smart ass. 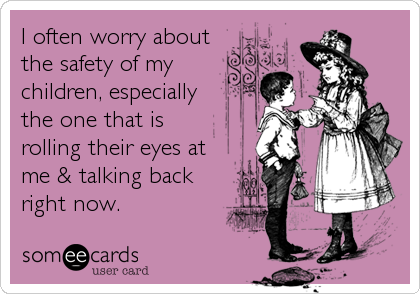 So here FWIW is the current stab at growing a pair and tightening the reins: 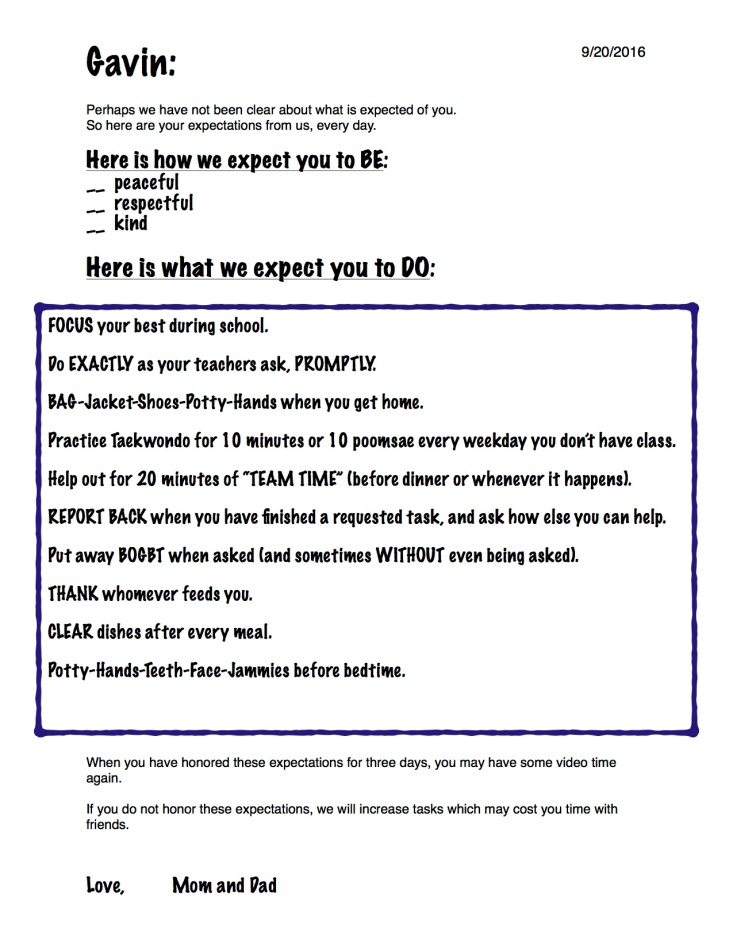 Hubsand and I agreed that disciplining the child is a WAY bigger pain-in-the-ass for the parents as it is for the child, because it’s much more work (than NOT parenting) and yields an unhappier child in your face in the short term.  But our responsibility lies in what kind of human being we are raising for the LONG term, so therein lies the rub.  Alas it’s our responsibility to grow a pair and lay down the BOUNDARIES, so the dear young human can cultivate some BEARINGS, don’t cha know.

At least that is the hope.  Which apparently springs as eternal as the huffiness in a rebel child’s demeanor (who is NOT a teenager though sometimes you wouldn’t know it).

Here for reference is his agenda from the end of last school year:

I’m sure he will be thrilled to discover me documenting these here.

(Sorry babe, these are my parenting tools.  No one’s saying they’re the best in the world.  Just using what I have is all. Deal with it!)

While I’m at it, here is our MORNING ROUTINE for both kids during summer/ weekends/ /holidays:

This worked pretty well for a while, but as with possibly most things in life, we -parents included- need to be reminded and relearn over and over again.

To that end, here for the record is a chart of suggested activities from which to choose, one from each category, before even considering the ever pervasive video/game screen time:

Paradoxically but not surprisingly we had to move “Reading” into its own category, because Gavin does it all the time anyway and would never choose one of the others in the mental category.  (Not complaining, fyi.)

For further record and comparison, here is also one I found from the previous year (2015):

I believe I shall leave it here.  And post our family creeds elsewhere.   And the inspiring memes to support the positive parenting.

And by the way, B.O.G.B.T. = “basket of going back things” which each kid has as a repository into which I can throw random crap they leave around the house.  One of my proudest inventions as a mom actually.  Because I’m such a nerd/geek/jerk.  (My husband would say it’s because I looooooove baskets.   I’d say it’s because I looooooove a sense of order, and baskets are just one example of great holding bins that help categorized in hopes of staving off chaos.  So there.)

And now you know.

Or not because I lost you much earlier in this post.

Either way this is me trying to clutch shreds of sanity in the face of the extraordinary and  challenging privilege of this work.